Featuring the Dive In: Keep It Local Campaign
This campaign launched in 2018 is to link us back to richness of our New England waters for fish of our cultures and our region. When we buy local, we get the freshest and most nutritious seafood – we support our fisherman and our economy.

Chef “Ras Skills” Mills is a Jamaica native raised on fresh produce, herbs, spices, and wild caught seafood. He is an alumnus of the culinary program at the New England Center for Arts and Technology (NECAT) and has worked hard on building his name in the business winning awards city wide. Mills found a way to incorporate home cooked taste and new school flare into unique dishes that have earned praise throughout the Commonwealth. He’s a man of few words, big skills, and an even bigger appetite to win another championship! Chef Mills latest partnership with Chef Ola has led to the launching of KTW. Their shared mission is to provide a healthier alternative to the typical fast food options available in our communities. Creative dishes with roots in Nigeria, and Jamaica have ingredients that are fresh, locally sourced, natural, and organic. Chef Mills and KTW cook for the community with each families’ health and nutrition in mind.

Chef Vlad, Vladimir Lebrun, is founder and lead chef of Chef Indeed launched in 2013.
Having grown up surrounded by festive and elaborate Caribbean traditions centered on
food, Vlad always had a keen awareness of food’s power to unite and bring joy. He went on
to work in several restaurants to learn the trade and formalized his training at the Le Cordon Bleu College of Culinary Arts in Boston. He has combined all of his experiences into founding Chef Indeed. Vlad leads a fun and energetic staff whose goal is to turn every meal into phenomenal culinary experiences. With the balanced fusion of his Caribbean heritage, and training in classical French techniques, Vlad and his staff will turn your table into a place of discovery and delight. Currently, Vlad is Head Chef at Paige Academy in Roxbury, MA.

KCA is an award winning 28-year-old state certified, collaborative consultancy based in Boston and provides culturally smart strategies to promote social change with a focus on equity and inclusion. A thought leader, Chunn is also a speaker. A former broadcast journalist, Chunn graduated from New York University and the Simmons University School of Communications Management. Her journey has taken her from Boston to New York, to Nigeria and the White House. There she joined other community and business leaders to advise former President Barack Obama on small business and economic development.

Kelley Chunn has also served as associate professor and adjunct lecturer of public relations and marketing at various schools including Simmons University and Tufts University.

Marilyn was first elected in 2014 to serve the 22nd State Senatorial District communities of
Trumbull, Bridgeport and Monroe. She was elected to a second term in 2016.

As a lifelong Bridgeport resident and community activist, Marilyn has been a force in advocating for health equity, living wage, and legislation that supports and protects Connecticut communities. Recognizing the rapid increase in morbidity and mortality rates among low income minority women with breast cancer, Moore founded and became President and CEO of The Witness Project, which seeks to address and reduce breast cancer mortality.

In addition, Marilyn has tackled the war against hunger by serving and being a member of
several boards in Connecticut, including, End Hunger CT, Network Support Team Connecticut Food Systems Alliance, and the Food Solutions New England network.

Orion Kriegman, Executive Director of Boston Food Forest Coalition
Orion the former Co-Director of NET New England, addressing challenges of community resilience at a regional level, where he co-founded and led Jamaica Plain New Economy Transition (JP NET), a community-driven project in Boston pioneering a “new” economy that is place-based, sustainable, and reduces race and class inequity. Prior to this he was an Associate at Tellus Institute, where he served for many years as Coordinator of the Great Transition Initiative (GTI), an international network of scholars and activists exploring scenarios of sustainable global development. In the past, he has focused on ways to enhance meaningful community participation in the sustainable development of urban neighborhoods. Orion has coordinated the creation of the Urban Ecovillage Network and was the Project Officer for Reflecting on Peace Practice, a practitioner’s learning network gathering lessons learned about various peace-building efforts in internal armed conflicts. He also worked for two years in Guatemala with the Organization of American States to help government and civil society implement the policies outlined in the peace accords.

Patricia Spence, President and CEO of The Urban Farming Institute (UFI) of Boston
Prior to UFI, Pat had a successful career in corporate sales &amp; marketing for Xerox Corporation and the Digital Equipment Corporation, and at WILD 1090 radio and WGBH-TV. Pat has also worked in education for the Boston Public Schools, developed the Educational Options Series for families and founded They Made It So Can I, The 5th Grade Speakers Series. Patricia grew up near the Fowler Clark Epstein Farm in Mattapan and comes from a family that has always grown its own food. She is passionate about passing these growing skills on to the next generation.

Northwest Atlantic Marine Alliance (NAMA).
NAMA is a fishermen-led organization building a broad movement toward healthy fisheries and fishing communities. They build deep and trusting relationships with community-based fisherman, crew, fish workers and allies to create effective policy and market strategies. NAMA advocates for policies that advance social, economic, and environmental justice throughout the entire seafood value chain and ensures seafood access to all communities regardless of income, race, geography, or culture. NAMA piloted the Seafood Throwdown event in 2008, as an educational and community driven activity that promotes the ecological and economic benefits of locally caught seafood and puts the public in touch with those who put seafood on our tables.

Red’s Best
Headquartered on the historic Boston Fish Pier, Red’s Best was founded in 2008 to serve fishermen from local coastal communities in the USA. They aggregate catches directly from over 1,000 small, independent New England fishing boats annually. They network these small boats to form a large market presence, leveling the global playing field. They sustain the livelihoods of American fishermen and their families while sustaining fisheries for harvest. Red’s Best connects eaters to our fishermen and tells the story of every catch. 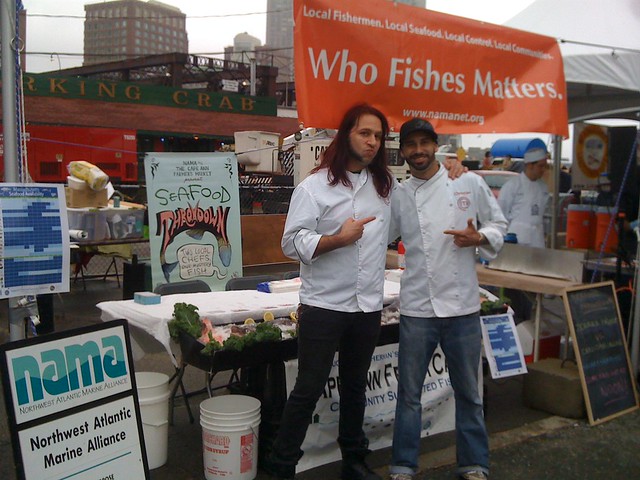 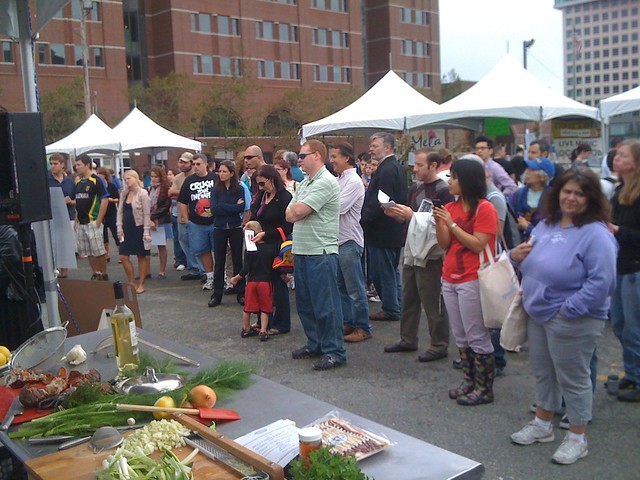 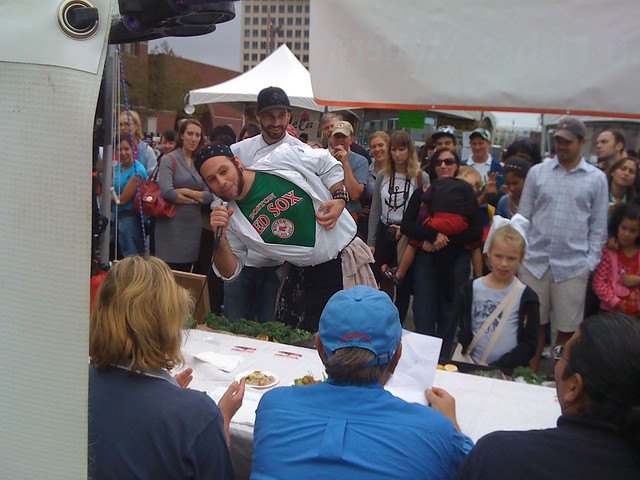